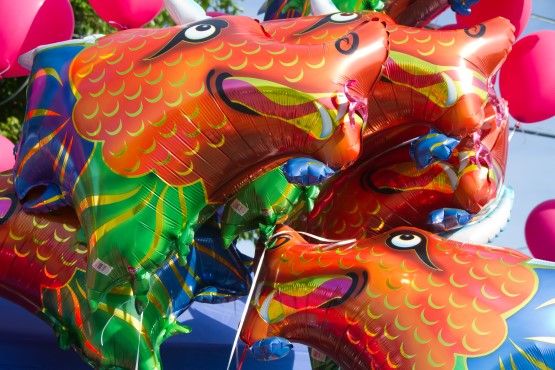 Since the North Beach MD End Hunger Dragon Boat Festival this last weekend, I have an even greater respect for Calvert County. It may seem sentimental, but I truly was proud to be part of the community that put on such a flawless first event. The teams did great, the announcer was hilarious, everyone had fun, and it was all for charity. I’ll definitely go again next year.

In about 5 hours, there were 23 races. Each of the 20 teams raced twice, then there were 3 races between the top 6 teams. The teams represented towns or businesses, but they were all there for End Hunger, a local program that feeds the hungry of Calvert County.

There were food vendors and wine samples. Rita’s came with their addictive frozen custard. Several tents had things for sale and even teams sold small things to raise money. There was a huge inflatable playground for children, but kids enjoyed the races too. Truly, this first annual festival was a great family event that will only get better over time.

The boats themselves are the Chinese-style dragon boats with a small head that bobbles a bit in the waves. Sixteen paddlers paddle while one stands in back to steer and another sits in the front with a drum keeping the beat. The boats sit low in the water with sixteen people inside, but they seem to move fast. Each race lasts only 60-90 seconds.

Several boaters watched from the water and the volunteer rescue divers stood by on jet skis to help out in an emergency. From the water, the view was spectacular, but even those that lined the long boardwalk could see the races well with the start and finish lines between the piers. While many people came to see the races, it never felt crowded.

Next year will be amazing, so if you missed this year, plan for 2014. Go early to find parking, bring sunblock, and enjoy the day. It’s a great event for all ages to enjoy and it supports a great cause. As they say at End Hunger, “Give where you live.” With this fun event, they gave to us too.

See all the pictures from the race here!