You are here: Home / Real Estate / A Visit To Historic And Picturesque Lower Marlboro 1812 Site 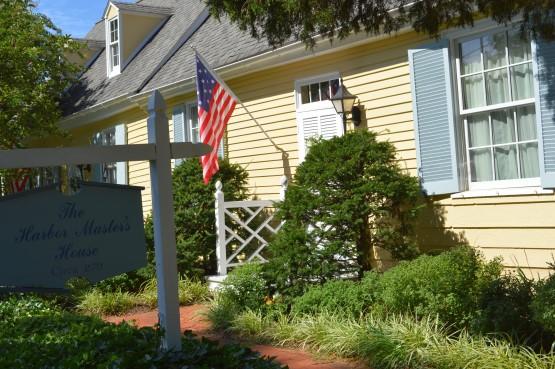 I have passed the sign many times on Route 4 for the Lower Marlboro 1812 site. I always filed it away as one of those places I should visit sometime. I finally made my way out there recently on a fall-like summer day. I am enchanted by historic homes and small country churches, so I pretty much fell in love with Lower Marlboro. It also has a fascinating history.

This sleepy village was once a bustling port, especially during the 19th century when ships would stop here to drop off or pick up supplies, particularly tobacco. Steamships continued coming to Lower Marlboro until 1938. During the War of 1812, the British destroyed the town as they worked their way toward Washington D.C. All of this history is explained in more detail on an interpretive sign near the dock. 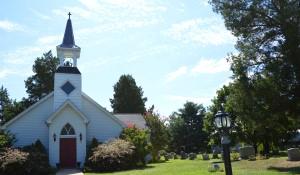 While the town is now quite different from what it was back then, about 20 of the historic homes still exist. One of the most notable of these is the Harbor Master’s House, which was built in 1670 and served as a post office and general store. It is now a private residence (and just happens to be for sale at the time of this post). Many of the homes here are registered with the Calvert County Historic District.

Additionally, the meeting house and Lower Marlboro United Methodist Church are remnants from the past that are still used today. In front of the meeting house, you’ll find a historical marker that explains more about the town’s history and how its name has changed over the years (from Cox Town when it was first founded in 1643, to Marlborough 41 years later, and finally to Lower Marlboro sometime in the 19th century).

Lower Marlboro is very small – an easy walk from one end to the other (just watch out for traffic, as there are no sidewalks). If you haven’t been here yet, it’s worth a stop to admire the beautiful homes while taking in a little local history.