You are here: Home / Recreation / A Quiet Escape To Cove Point Lighthouse 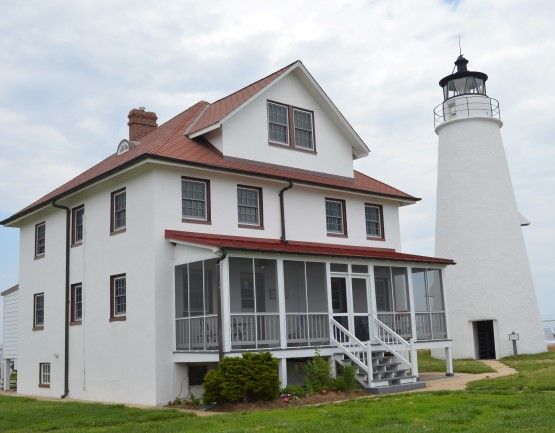 On a recent Friday afternoon, I drove out to Cove Point Lighthouse for the first time. Listed on the National Register of Historic Places, Cove Point Lighthouse (built in 1828) is the oldest continuously operating lighthouse in Maryland. When I saw that it is open daily from 1-4PM through the summer, I couldn’t wait to explore it.

I was lucky enough to be the only one there when I arrived, with the exception of a Calvert Marine Museum volunteer (a delightful British expat named Brenda) and the guests staying in the Keeper’s House, who weren’t even out and about when I was there. After greeting me upon my arrival, Brenda went into the visitors’ center and left me to wander around, cautioning me to be respectful of the guests in the Keeper’s House. 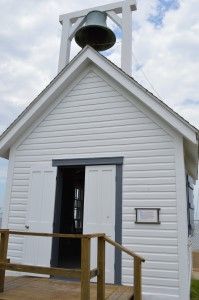 Touring the lighthouse is off-limits, though you can peek inside at the spiral staircase. It should go without saying that the Keeper’s House is also off-limits unless you rent it (or know someone who is staying there). However, I didn’t mind. I was in a quiet and peaceful setting with a beautiful view of the Bay and nearby Calvert Cliffs. There are plenty of interpretive signs that explain the history of the lighthouse and surrounding beach, so I was never bored.

Aside from the lighthouse and the Keeper’s House, you can see two fog signal buildings. The original one was built in 1901 and is no longer in use. The more recent one is used by the Coast Guard on summer weekends. A cottage, which now serves as the visitors’ center, was built in 1950 to house two enlisted Coasties who served as additional lighthouse keepers.

While the Coast Guard operates the lighthouse and newer fog signal building, the property is currently under the care of the Calvert Marine Museum. If you enter the visitors’ center, you can watch a film about its history or talk to a knowledgeable volunteer. Admission is free, but there is a box for donations inside the visitors’ center.